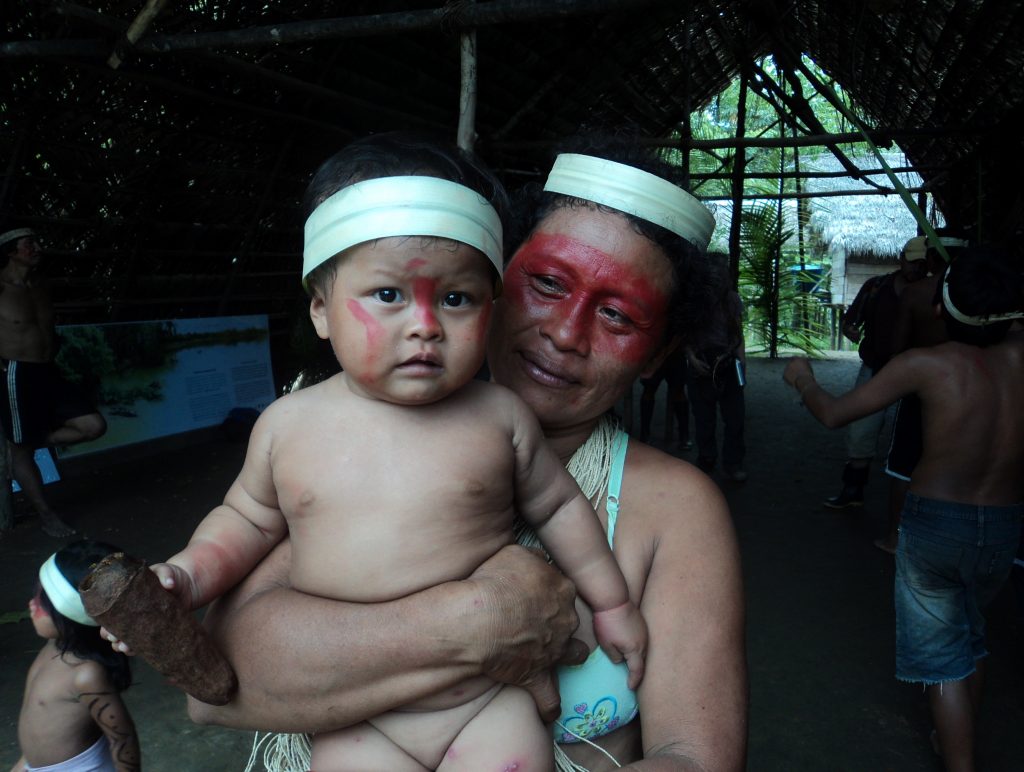 As a destination, Ecuador’s rainforest is nowhere near as popular as the Galapagos.  That famous archipelago shines brightly on every Westerners bucket list, leaving Ecuador’s many other wonders into the background as an afterthought.  But in terms of wildlife diversity and unique plantlife, the Ecuadorian rainforest definitely rivals the Galapagos as a must-see destination.  Plus every visitor to the rainforest actually helps preserve this culturally and environmentally important region.

The first thing that anyone notices while traveling to this part of the rainforest is just how culturally vibrant it is — in addition to being rich with wildlife.  There are several groups and nations of people who have maintained their traditional culture in spite of encroaching colonization at the edges of the rainforest and live sustainably within in the forest.  One tactic they are using is opening up community-owned rainforest lodges where traveler dollars go directly to the community (not a foreign lodge owner).  These tourism dollars help the indigenous folks have more resources to fight for their ancestral land rights while also providing some much-needed income, educational materials, and medical care.

On these trips, you are led by local, indigenous guides into treasured parcels of the forest and as a traveler, the non-touristy nature of a journey to a community-owned lodge makes for an fascinating experience.  You leave behind crowds of nervous day-trippers at the edge of the forest and travel deeper into the rainforest alongside indigenous 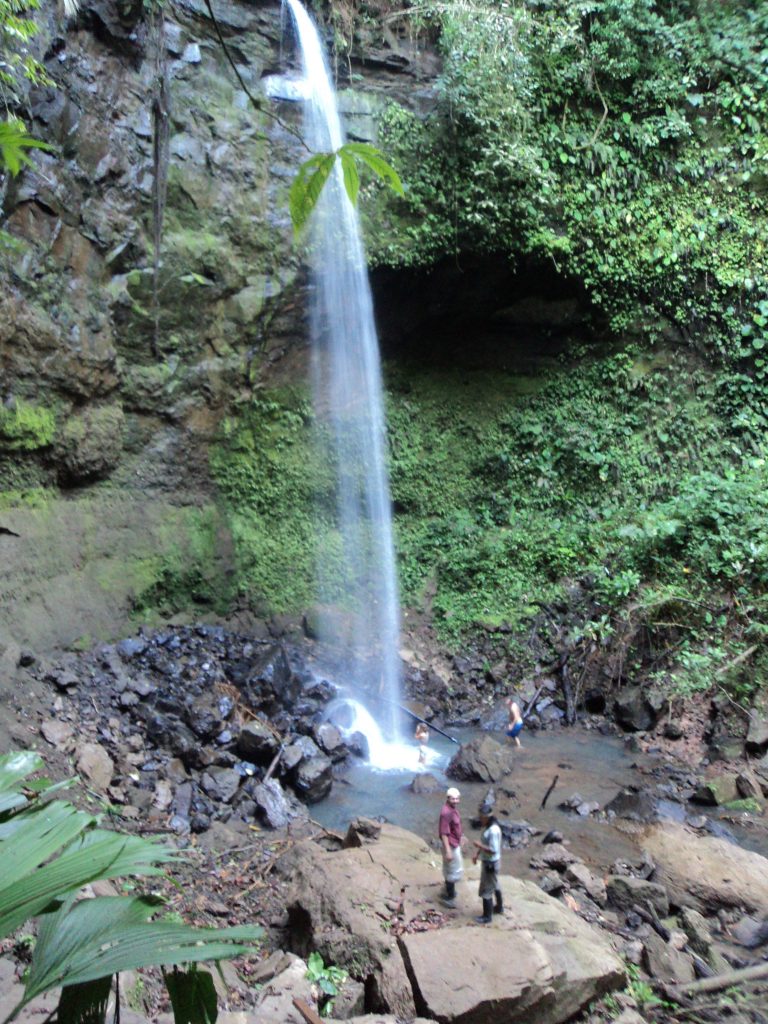 people who call this bizarre environment home.  It only takes a bit of driving and a short flight over unbroken rainforest, then you’ve left the world of ATMs, cars, soda refills, and concrete buildings behind.

Here, you ride in dugout canoes alongside pink river dolphins, learn about the many medicinal uses of a plant unknown to western medicine, and listen to tiny howler monkeys roaring like lions miles away.  It’s an enveloping and fascinating experience, that for most Westerners, feels a bit like visiting another planet than they expected.  There’s no way in or out, except to walk for days or board a small prop plane.

And of course, this region’s enemy is in plain sight to any tourist.  The biggest threat to the rainforest here is rampant oil development.  It’s impossible to miss the impact of petroleum companies as you pass through rainforest towns like “Shell” (named for the eponymous oil company that used to extracted the black gold from Ecuador’s lands until the 1990s) and see open flames blazing in small clearings along the Napo River, attracting and killing thousands of insects everyday. 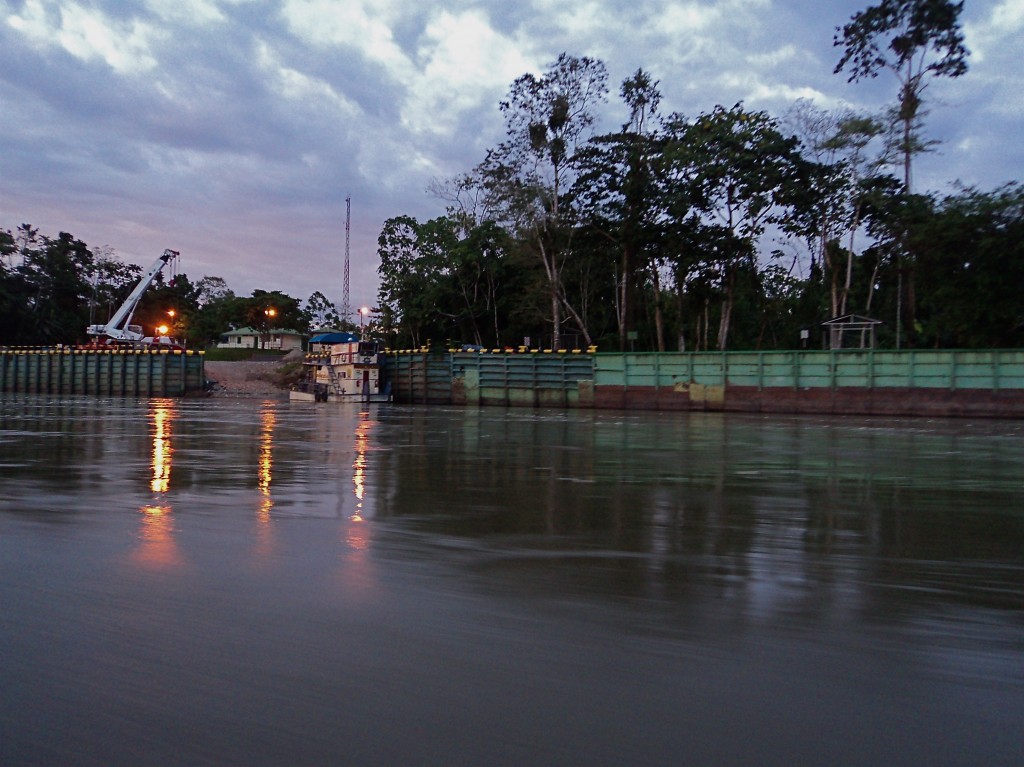 In an effort to tip that balance, the Ecuadorian government is trying a strategy that some have called blackmail and others have called genius, asking the world’s governments to invest in preserving vast swaths of the Orient for the good of the earth.  In exchange for the investment, Ecuador would protect 100,0000 hectares of rainforest from development, arguing that the country’s financial well-being depends on foreign investment and they would rather that money goes towards conservation than oil drilling.  It’s hard to deny that the mind-boggling biodiversity, CO2-sucking plantlife, and rich cultures of the Rainforest are beneficial to society, but the government’s deal has been a hard sell.  Recently, global media has declared the campaign essentially stuck and un-winnable.

On the legal front, indigenous Ecuadorian people have been fighting with Chevron over the environmental contamination A record-setting environmental lawsuit against Chevron (parent company of Shell) to the tune of $19 billion dollars was won by a coalition of Ecuadorian rainforest nations.  This win was major news, especially since it’s the largest environmental settlement in history, but Chevron has been fighting the Ecuadorian court’s ruling tooth and nail so the 20+ year  saga continues.

Seeing as the government’s efforts to conserve this important area look increasingly doomed and the Chevron lawsuit gets tied up in legal knots, rainforest people and concerned conservationists are well aware that they fewer strategies to implement.

The only other strategy that many people see as having a chance to preserve the rainforest is sustainable tourism.  The more tourists that visit these areas, the bigger the economic incentive it is for everyone to keep the forest pristine and block new oil development. Economically, Ecuador can choose oil development or tourism, but it can’t have both.  So each visitor to the rainforest adds more weight to the tourism and conservation side of the equation.

International demand, whether for oil or for tourism, has always determined the fate of Ecuador’s rainforest and its indigenous inhabitants.  It’s our hope here at Detour to help tip that balance towards responsible tourism and let the rainforest inhabitants maintain autonomy over their homeland.