While I love riding my bicycle in foreign lands for the freedom to soak in the countryside and get to know the locals, somewhere between Cusco and La Paz I changed from free spirit to warrior. Had to. A dog bit my leg. The worst part, I could see it was coming. After months of outracing untold numbers of dogs from Quito to here, the odds were against me. I was going to lose this race, eventually. And here I had.

With a great deal of bicycling ahead of me, if I were to continue my trip I needed a better dog plan. Pedaling really fast had served me well but, as in this case where the dog caught my flesh, my heavily loaded bike makes for slow going on a bad road. The dog caught me easily while doing its job of moving me ─ the threat ─ down the road. Sure, it probably had a bit of fun, too, being a dog and all. Regardless, I needed a plan that included a deterrent to serve me while either biking or hiking.

I didn’t have to look far. I found it everywhere and, in most places, in great supply: the rock. OK, I realize I’ve traveled into a sensitive subject. Throwing a rock at a dog is sure to raise the ire of many people, in particular dog lovers. I love dogs, too. Dogs make me happy, even when a dog’s “parents” can’t seem to get it.

So I get it, but a bite from a dog is no picnic anywhere. Getting one while exploring a foreign land can put a deep ouch in a travel plan, especially when medical assistance may not be available (or iffy!) and the health of the dog is unknown. It’s best to avoid a bite by putting your fate in your own hands by loading one hand with a rock.

However we perceive the dog, long ago our best friend received universal acceptance into our communities. Wherever we go, there’s the dog. We travel expecting to see dogs, rarely giving much thought to whether our pooch in Poughkeepsie is the same as one in Peru. Same breed, same dog — correct? Not always. Let’s not forget that a dog’s environment, not its genes, shapes its character.

Dogs in rural Latin America are often not treated the same as our pets here in the United States. While they may be cherished members of the family, generally they are not pampered like our dogs: they live outside and they work for a living. Others, and a great many in Latin America, live the miserable existence of a stray. This changes a dog. Without nurturance of its playful, peaceful side, it can be moody, paranoid and come across as mean. Who wouldn’t? 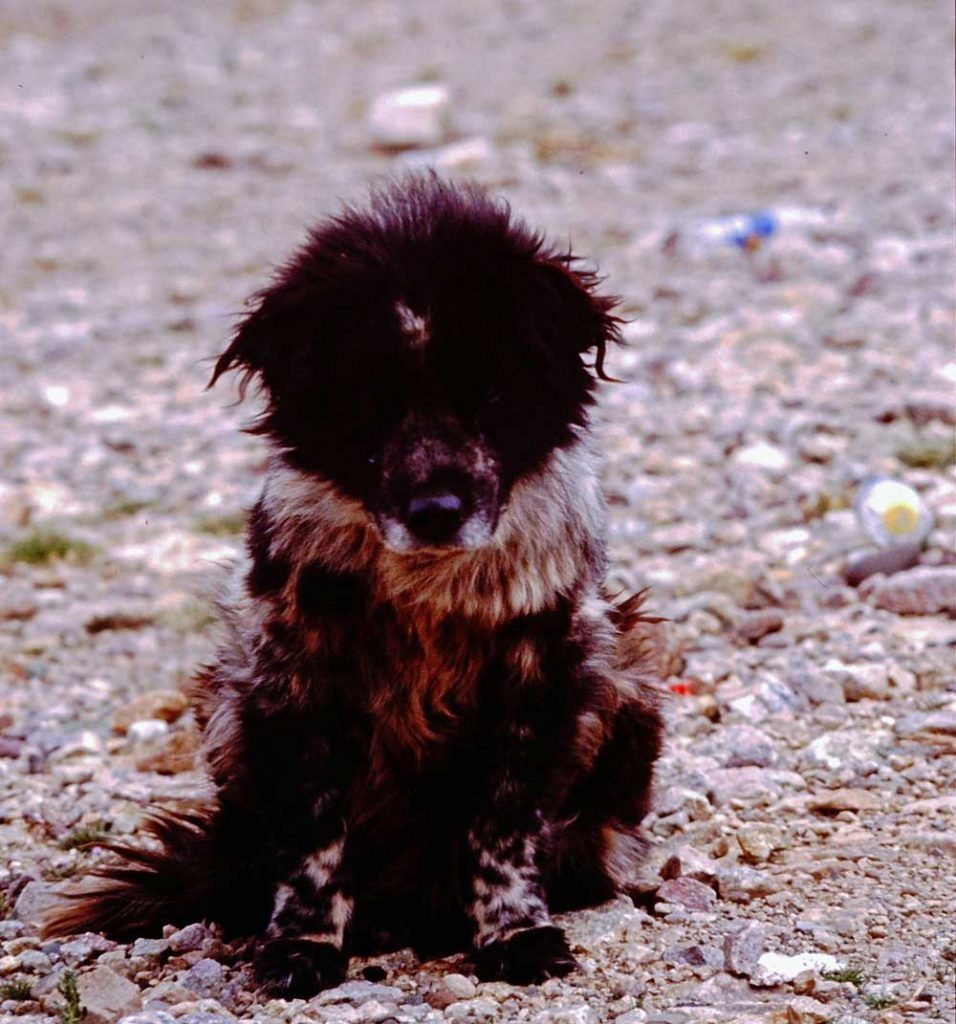 Most travelers will see many dogs but never be confronted by an aggressive one. If they do, most likely it’s doing its job of protecting the family, and that means growling, barking and chasing any intruders or anyone threatening. Fortunately, dogs across the planet show respect for the rock, in particular the rock held high and poised for business. That rock holds for a dog the instinctive equivalent of thousands of well-thrown rocks.

So, whenever I approach a scene where I perceive the potential of an aggressive dog, my habit is to stop and pick up a rock or two. On my bike, I tuck one between a brake cable and handlebar and ride with the other in hand. Upon seeing an upraised rock, most times a dog stops in its tracks or turns tail. Sticks work, too. However, I have come to believe a dog is fully aware that the fight with a stick is more a hand-to-teeth event, and will even creep in closer to test the theory. Stick with the rock.

This travel tip is universal, which is why travelers like me go forth reassured that we can rely on the rock to provide safe passage around a threatening dog. I have often raised a rock but have rarely had to throw one. And when I have thrown and connected, I believe I have scored another round for the instinctual evolution of the dog.